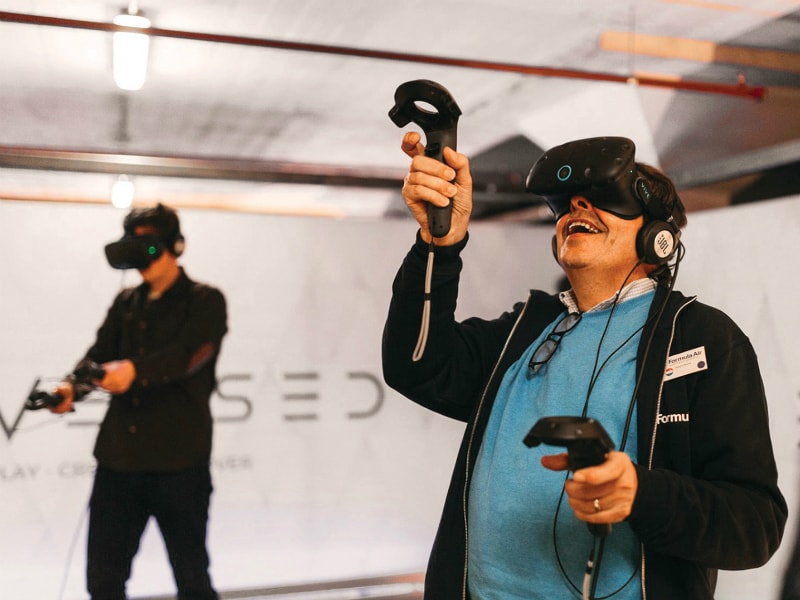 On October 18, 2018October 22, 2019
by James D. Dickman
in General
Leave a Comment on Augmented Reality and Virtual Reality Can Help Inquiry

In the second part of our educational technology series, two schools tell how augmented reality and virtual reality tools are driving their students’ learning and creativity.

Augmented reality and virtual reality are tools that allow students to immerse themselves in an experience that transcends the walls of the classroom.

But in addition to seeing new places or objects, students can use these tools to create their own 360-degree experiences, which in turn allows them to use problem-solving skills.

When introducing a new technology, we usually let students play with it and explore it. In this way, they learn with practice and don’t have to listen to a detailed explanation of how things work.

IGB International School’s fifth-year students have explored how they could present their Primary School Program (PYP) exposure in interesting and creative ways with the help of augmented reality and virtual reality tools.

These tools allow students to demonstrate or present their knowledge in any subject area and are a great way to investigate any topic. At last year’s exhibition, some students created 360-degree films to show the destruction or deterioration of coral reefs around the world, while others created tours that showed the destruction of the Borneo rainforest in order to promote empathy.

According to Keiner, as part of the investigation of the transdisciplinary themes “How the world works”, “Where we are in time and space” and “How we share the planet”, augmented and virtual reality resources provide a way to see the inner workings of systems and life in the past, and to reach inaccessible places.

“Augmented reality and virtual reality invite students to question the relationships, purpose, and function of specific elements of an experience.

For example, third-year students at Chicago’s GEMS World Academy explored the solar system with Google Expeditions’ Augmented Reality tool, which allowed them to see the Sun’s layers and compare the size and scale of each planet. And with the virtual reality experience of Google Expeditions, they were able to see the planets in context.

Google Expeditions includes questions for the teacher that can support and guide students’ observations. “If you create your own virtual reality experience, consider offering students a guide to stimulate inquiry.

Created a virtual reality experience from his Antarctic expedition so that students could see how animals survive on the most remote continent on Earth.

He produced a complementary guide based on one of the objectives of the unit of inquiry. “I prepared my sophomores with a presentation on animals before they examined their relationships in the context of Antarctica.

Both schools use augmented reality and virtual reality tools in the Middle Years Program (MYP). In Science, PAI students at GEMS World Academy in Chicago use Google Expeditions’ Augmented Reality tool to analyze the connections between the human body, fragile ecosystems, and cellular functions.

Augmented reality can increase the size of viruses and organic compounds and make them visible for analysis. In a recent session, students were able to touch and interact with bacteria and viruses.

“The students then reflected on their experiences and posed real-world problems that could be solved with virtual reality. One of the teams developed a system that used virtual reality to improve the mental health of a person who needs to be temporarily in a wheelchair.

“As a result of immersion in the technology of the future, students began to see virtual reality as more than just an application of video games. In their reflections, many of them mentioned that they had developed their empathy through experience.

This experience made me feel gratitude for my sense of sight and state of health. When you don’t see, you rely a lot more on your ears to listen to your surroundings. Without a doubt, thanks to this experience I have developed empathy with blind people. I have learned to be respectful and kind to everyone, especially those with disabilities.