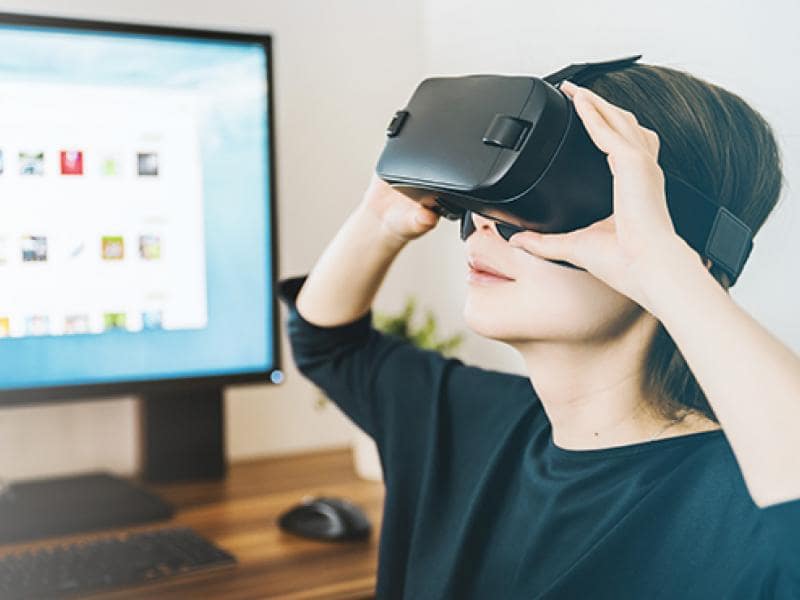 On September 21, 2018October 22, 2019
by James D. Dickman
in Augmented Reality
Leave a Comment on Augmented reality: the new windows of reality

If we start talking about reality, we can find different definitions. The first of them is the one offered by the RAE which says, in its first sense, that “Reality is the real and effective existence of something”.

If we go to Philosophy, where the first recognized philosophers asked questions about this idea, we reach Metaphysics to explain this same concept and its applied characteristics.

If we delve further into reality, its concepts and perceptions, we can draw a first conclusion: there are as many realities as there are people.

Now, in the 21st century, new concepts of reality have arrived thanks to the proliferation of new technologies and we speak of virtual reality (VR) and augmented reality (AR). Two new visions of reality that, applied to industry and the rest of the productive sectors, offer multiple possibilities.

What is augmented reality?

Thus, this technology, for example, can make us travel to the past and situate us in a past environment and meet historical characters or it can take us to the International Space Station and we can simulate what our stay would be like thousands of kilometers from the earth. It is here where the physical reality and the generated one offer many options as much of leisure as of work.

The applications of this new technology are multiple and there are already different services in which this reality interacts with everyday life.

Augmented reality has positioned itself as an ally for numerous sectors such as fashion, the video game industry, tourism, heritage, or for the development of applications that facilitate geolocation, etc…

Another sector in which augmented reality is effectively applied is in the performing arts, which allows the spectator to live different experiences that facilitate a qualitative leap both in plays and concerts.

Augmented Reality at the service of companies

This new technology also fits within the parameters set by Industry 4.0. In this way, through augmented reality we can anticipate the future, get to it, and know how a factory can work.

The real world of the factory can be enriched thanks to this technology through images, videos, 3D animations to recreate how that same installation can look like with new machinery, and even learn how manufacturing robots can interact.

Reality increases offers useful information to companies to optimize their results. This technology is very useful in the process of production control, in the realization of designs, as well as in the resolution of possible problems that may arise, at a given time, in a plant that may even facilitate the repair of damaged machinery.

This tool can facilitate the increase in productivity and competitiveness of a given company that is able to analyze its immediate future thanks to this new technology. Problem solving is one of the best advantages of augmented reality over other technologies.

What ITCL offers to companies in Augmented Reality

Augmented reality is a technology that is also present in ITCL, specifically, within the R&D Area of Simulation and Virtual Reality. Numerous useful works have been carried out in this area for different sectors. Some of the works in which augmented reality has been applied can be found in the Museum of Human Evolution, in Burgos.

Within the services offered by the ITCL Technology Centre for the implementation of this technology, from this area options are considered such as the reconstruction of heritage, its application when making virtual visits and highlighting specific elements or characters.

In addition, this R&D Area has also participated in the development of a project to apply augmented reality to elderly people. The aim of this project was to offer solutions for everyday life through a mobile device. The integration of the real and virtual world offers a wide range of possibilities in which ITCL is already working.