The disruptive reality in the classrooms 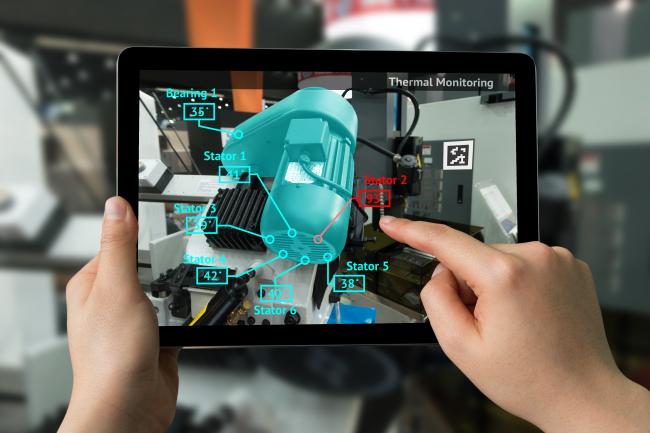 The disruptive reality in the classrooms

On August 21, 2018October 22, 2019
by James D. Dickman
in Marker Based
Leave a Comment on The disruptive reality in the classrooms

Before we begin, and to situate ourselves, we consult Wikipedia to see what augmented reality (hereinafter RA) is: it is the term used to define a direct or indirect vision of a physical environment of the real world, whose elements are combined with virtual elements for the creation of a mixed reality in real time.

It consists of a set of devices that add virtual information to the already existing physical information, that is, to add a virtual synthetic part to the real. This is the main difference with virtual reality, since it does not replace physical reality, but rather overprints computer data to the real world.

In short, and in Román paladino, we can say that Augmented Reality is all that virtual information that is associated with any element of real life and which is accessed through a technological device with specific software that decodes that information: a computer with a webcam, a smartphone, a tablet, a Nintendo 3DS, and so on.

The irruption of this technology added to the explosion of the massive use of mobile devices, is allowing an endless number of applications related to our daily lives that increasingly cover more areas of society.

Levels and types of Augmented Reality:

Depending on the type of activators of the information associated to elements we can distinguish the following levels:

QR codes as activators of the information associated to an element, mostly hyperlinks, but also text, SMS, VCards or telephone numbers.

It’s what it looks like may be the future of the RA. In this category we have for example the famous Google glasses. Or contact lenses that would project AR directly into our eyes, an experiment the University of Washington is working on where they have already been tested on rabbits without experiencing adverse effects.

If we take a walk to discover those applications that are emerging to which we referred earlier, and only in the Google universe, we already have some examples of applications of Augmented Reality:

Google Goggles, a service that allows you to recognize any object through photos taken with a mobile and return search results and related information.

Google Glass, the aforementioned Google AR glasses that show information available to users without the need to use their hands and with the possibility of Internet access through voice commands. In fact, competing models such as GlassUp, recently presented at CeBIT, are beginning to appear.

Smartwatch, a wristwatch with RA that “will recognize the location – and surroundings – and use a combination of GPS and an augmented reality camera to display information on the screen. For example, if you’re near a historic location, you could open your watch screen, point to the site, and get information about that location on the screen.

Apart from Google, among the growing experiences that are emerging, let’s look at a few to get an idea of the enormous potential of this technology:

Learn to drive with RA. This is another field of research in which we are working. It is a HUD system (Head-Up Display), a transparent screen that presents the data without users having to take their eyes off their usual points of view, in this case a super windshield to help the driver to drive.

“What they are looking for is to provide more information so that they can get to know the environment and react better when driving.

Play with RA. The technological evolution of videogames makes them increase the quantity and quality of features and possibilities that simulate reality, both virtually recreating it and increasing it through the RA.

This is one of the features that can already be found, for example, in the Nintendo 3DS game console. PlayStation is not left behind either and, using the RA, allows us to play using our surrounding reality as a framework.

RA in medicine. To get where the human eye can’t. A good example is the first international experience of the use of Augmented Reality in the field of implantology.

Augmented magazines. Magazines begin to appear that take advantage of the possibilities of the RA to show extra contents. It is enough to focus on a page with our smartphone and the corresponding app and there it will be, usually a video associated to the news or report. Elle’ and ‘Muy Interesante’ were the first to take advantage of augmented reality in our country using Playar.

The RA in a mechanical workshop. An application shows the quartering of the different parts of a vehicle with instructions on how to dismantle the parts. A very useful tool so that workers don’t have to invest a lot of time looking at the diagrams.

Furnishing our house. A useful application for the customer and interesting for the seller, in this case Ikea. The buyer can see how a piece of furniture will look in his house before comparing it.

Yellow Pages with RA. The Close to Me application allows you to find restaurants, cinemas or anything else you can find in the yellow pages near you.