The phenomenon that will change the way you do business 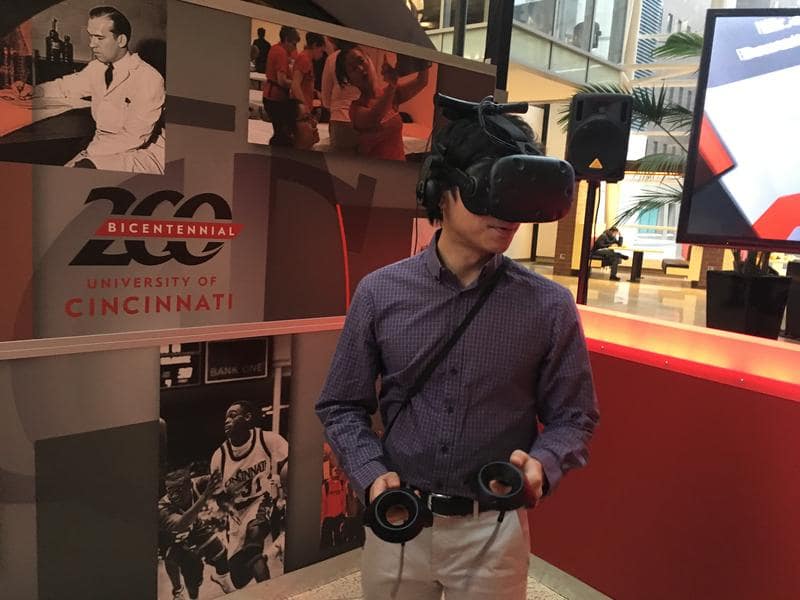 The phenomenon that will change the way you do business

On June 24, 2018October 29, 2019
by James D. Dickman
in Projection
Leave a Comment on The phenomenon that will change the way you do business

Along with Virtual Reality there is another reality, Augmented Reality, ready to rethink business strategies and become the best ally of deskless workers.

Augmented Reality. Augmented Reality. Sometimes abbreviated as RA. Others, to the Anglo-Saxon, as AR. A mixture of realities. The superposition of two worlds. That other reality that is not the real-real, but that expands sights.

Complementary reality. It doesn’t matter. Let’s call it one way or another, Augmented Reality is making its way into the group of technological trends with the greatest projection and is postulated as a phenomenon capable of changing, with decision and truth, the way of doing business.

Augmented Reality “is the use of real-time information in the form of text, graphics, audio, and other virtual enhancements integrated with real-world objects. Augmented Reality “leverages and optimizes the use of other technologies such as mobility, localization, 3D content management, image creation and recognition.

Augmented Reality seems “especially useful in the mobile environment, as it enhances the user’s senses through digital instruments to enable faster response or decision making.

Basically, “AR is the combination of the physical and the digital,” while “VR is 100% digital,” sums up Nguyen. The first “serves for situations in which you are seeing, experimenting or interconnecting with the real and physical world around you, but where you receive digital information superimposed on it” that allows for improved interaction.

“It is important to know the difference to know the possibilities of each technology. Augmented Reality lets us see the ‘real’ reality through the device’s camera and adds layers of information on top, which can be graphical or 3D. For example, in Pokémon Go we see how Pokémon are placed on top of our real environment”, explains Roger Pastor.

“On the other hand, Virtual Reality replaces all reality with a virtual one”, as its name indicates, “where we don’t see anything of our environment. This is why for Virtual Reality we need glasses that cover the entire field of vision.

With the help of “technological devices, it produces fictitious realities through the representation of images, objects or scenes, which create in the user an effect of parallel reality”, says Jesús Arce Alonso, “but unlike the previous one, it does not combine with real elements”.

Both phenomena are usually associated in analysis and predictions, but the truth is that “they are completely different from the point of view of experience for the user.

Arce insists that Augmented Reality technology allows the user to “visualize through a technological device, directly or indirectly, virtual objects that are combined with real elements of our environment, to create a mixed reality in real time.

These technological devices can be, for example, intelligent glasses or smartphones, by means of which it is possible to visualize in an instantaneous way additional relevant information of each one of the objects located within its visual field”.

Thus, while this “expands the concept of reality that we have at the moment”, compares the Keyland manager, “virtual provides another different reality, a virtual 360° world, something like Matrix”. It doesn’t exist but we see it, at least during the time we have our helmets on.

Augmented Reality in the company

The interest in Virtual Reality has been evident in recent months, with the launch of companies such as Samsung, Sony, HTC or Oculus, which have their own helmets to make virtual something real. What can be achieved with Augmented Reality, for its part, has become more than evident as a result of the boom of the game Pokémon Go referred to by Roger Pastor and his invitation to hunt unreal beings in the real world.

It is a proposal that is reporting to its creators multitude of headlines, followers and economic benefits. Remarkable cases like Pokémon Go have shown the potential of AR in games, but we have yet to see how this is widely used, who believes Augmented Reality has yet to prove its effectiveness in the entertainment industry.

“Before Pokémon Go, many games used AR with varying degrees of success,” but perhaps not so loudly. “One of the great reasons Pokémon Go succeeds is because it employs a popular, well-known franchise. Then, “as he gets older, he has added the RA.

“As for business use, I would say there has been more interest in it than in consumer use,” that is, with the glorious “exception of Pokémon,” says Gartner’s worker. Nguyen expects, in fact, “to gain adoption and maturity much faster than in consumption. His great attribute is that Augmented Reality “is an immersive user interface.

Going into more detail, “the first business benefits are greater for those who work off the desk” whether it’s to collaborate with colleagues, to make video calls, or to conduct tests.

It is seen as a great working tool for the so-called “deskless worker”, “especially useful in the field service, outside the office, for remote work, including maintenance, repair, expert guidance (via video), training and collaboration,” lists this researcher.

James D. Dickman
Message
Next article
Virtual reality and its influence on content!